There was a problem with the time scaling of the remarriage rate chart in my last post. Here is the fixed version: 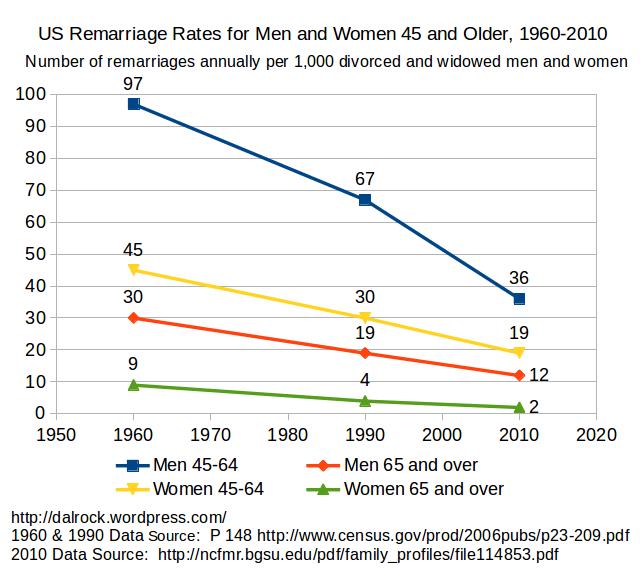 I also decided to take another look at the data in the NCFMR paper I used for this post.  I created all of the charts below using point estimates I derived from the NCFMR charts with the Engauge Digitizer tool (H/T Inge). I used a different estimation method when creating this chart in the past so some of the estimates are slightly different.

The next chart lets you compare men’s and women’s remarriage rates across age brackets in the present:

Here you can compare men’s and women’s remarriage rates back in 1990.  Note the same crossover as the 2011 chart between the first and second age bracket where men become more likely to remarry than women.  This fits nicely with Rollo’s chart on SMV.

Finally, I focused on the 25-54 age brackets and showed the trend for each sex and age category combination from 1990 to 2011:

This entry was posted in Data, NCFMR, Remarriage Strike. Bookmark the permalink.