Single mothers and the failure of Christian men; it is time to Man Up!

I pointed out in Light years closer to God that Christian men are failing women, and the primary failure is their unwillingness to confront the mass feminist rebellion.  As a man calling out other men is easy.  It feels brave, like you are owning up to your own failures and holding yourself accountable.  Calling out women on the other hand is extremely difficult.  It (on the surface) goes against our instinct to protect women, and it makes you feel like a bully.  Plus, when you call out men they tend to own up to what you are calling them out on.  When you call out women you are off for a day at the races. 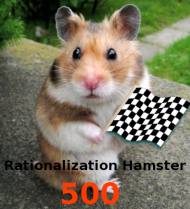 You are sooo mean! You must hate women!  It wasn’t my fault!

The vast majority of modern Christian men are guilty of acting like cowards in order to feel like heroes.  Because of their cowardice and slavish devotion to their own feelings they are causing great harm to women and children.

This profound failure by Christian men is most evident when approaching the topic of now rampant single motherhood and how it has come to pass.  If you listen to Christian leaders you will be told that single mothers themselves aren’t at fault.  In a radio interview Glenn Stanton was moved by the heroism of single mothers and explained:

Notice that in Stanton’s mind single motherhood is either the fault of men or it just happens.  This is due to Mr. Stanton’s astonishingly unbiblical view of women:

The page featuring the Stanton quote immediately above appears to have been recently scrubbed from the Boundless website, but you can see an archived version of the page on the Wayback Machine and Google cache (Edit:  The page was moved here in a site redesign).  Even more difficult to scrub will be all of the hard copies of Mr. Stanton’s book on parenting where he made the same basic assertion.  In that same book Mr. Stanton explains the recent explosion in out of wedlock births:

Women want to marry and have daddies for their babies.  But if they can’t find good men to commit themselves to, well…  Our most pressing social problem today is a man deficit.

Keep in mind that this isn’t Stanton talking out of turn on a subject he hasn’t studied.  Stanton is the Director on the subject for Focus on the Family.

Mr. Stanton isn’t alone.  This narrative that men are solely responsible for out of wedlock births is pervasive amongst modern Christian leaders.  The Kendrick brothers expressed this view in their much celebrated movie Courageous, including in the final rousing “I Will!” speech.  Pastor Driscoll makes the same argument in Relevant Magazine (emphasis mine):

…if you’re a single gal hoping to get married someday. You’re like: “Seriously, that’s the candidate pool? You’ve got to be kidding me.” That’s why 41 percent of births right now are to unmarried women. A lot of women have decided: “I’m never going to find a guy who is actually dependable and responsible to have a life with. So I’ll just get a career and have a baby and just intentionally be a single mother because there are no guys worth spending life with.”

I’ve shared all of this before, but the insanity of the modern Christian position on out of wedlock births is so great that it is tempting to forget just how incredibly foolish it is.  It is difficult to process the fact that our leaders are so eager to excuse the rampant sinful and catastrophic choices women are making, choices which have lead us to a state where over forty percent of children are now born out of wedlock.

Except for the minuscule fraction of out of wedlock births due to rape, every single out of wedlock birth represents a case where a woman chose to bear a child by a man who wasn’t interested in marrying her or a man she wasn’t interested in marrying.  We also know that the choice of unfit fathers isn’t random.  This is exactly the kind of man women who are thinking with their genitals will choose.  Yet Christian men, especially Christian leaders, can’t bring themselves to call out this pervasive sin which is harming countless millions of children.  In fact, when an actress and single mother wrote a book touting the benefits of fatherless children The 700 Club not only failed to call her out for her own sin and encouragement to other women to sin, they plugged the book. 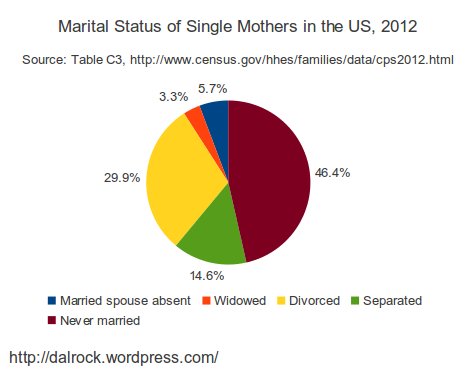 But the out of wedlock birth machine isn’t the only factory cranking out fatherless children, as the chart above makes clear.  Out of wedlock births are the largest single category of fatherless children, but divorce accounts for 30% of them.  What is often a prelude to divorce, separation, accounts for another 15%.  We know in the case of divorce that women overwhelmingly are the initiators, and they are motivated by the opportunity to steal the most valuable asset of the marriage, the children.

Yet Christian men and Christian leaders can’t bring themselves to criticize women for the rampant and very open flaunting of biblical teaching on marriage and sexual morality by women.  This cowardly silence is not only sinful but immensely harmful to men, women, and children.  Men who remain silent on this are choosing the suffering of millions of children over their own discomfort.  They are also gravely harming women by assisting them in avoiding repentance in their cowardly feelings-driven silence.

As a result of the silence by Christian men, Christian single mothers routinely engage in a game of make believe where their own sin and that of millions of women like them never really happened.  Commenter Kaehu recently pointed out one such woman named Jennifer Maggio.  Ms. Maggio runs a “ministry” on the topic of single motherhood:

Jennifer Maggio is considered a leading authority on single parents and womens issues. She is an award-winning author and speaker who draws from her own experiences through abuse, homelessness, and teen pregnancy to inspire audiences everywhere. She is founder of The Life of a Single Mom Ministries and writes for dozens of publications. She has been featured with hundreds of media outlets, including The 700 Club, Daystar Television, Moody Radio, Focus on the Family, and many more. For more information, visit thelifeofasinglemom.com.

Ms. Maggio herself had multiple children out of wedlock, as her about page describes:

At 19, Maggio found herself pregnant for the fourth time, living in government housing on food stamps and welfare.

Note that she she doesn’t discuss her own sin from a frame of repentance, but a frame of denial.  It just happened;  she found herself pregnant.  She is even more duplicitous in how she frames this in her article Single Moms and the Church:

As her body crumbles to the floor, she can hardly believe what she is hearing. Her husband wants a divorce. No, not me. Not us. I’ve done everything right. I’ve tried. I really have. A million thoughts rush through her mind as the reality that her world will no longer be the same comes crashing against her. She lies there, crying and helpless, wondering how she will survive financially, what her friends will thing, and how her children will survive without their father in their daily lives.

Christian men and Christian leaders:  It is time to man up, put your fear and feelings aside, and confront the feminist rebellion which is devastating men, women and children.  I know you are afraid, but you can’t let your fear continue to rule you!

Hamster pic from Love hamster.  Checkered flag from Ewan ar Born.  I combined the last two to create the hamster 500 pic.  You are free to use this new picture so long as you are in compliance with the original two image licenses.

731 Responses to Single mothers and the failure of Christian men; it is time to Man Up!