The ubiquitous frame of hypergamy.

In his latest post The Abdication Imperative Rollo explains how the subconscious programming of women defines our post feminist culture.  In direct contrast to conventional wisdom (but in perfect alignment with our lying eyes), Rollo describes the cultural mechanisms put in place by women in an attempt to deal with their profound fear of commitment:

In an era when women’s sexual selection has been given exclusive control to the feminine, in an age when hypergamy has been loosed upon the world en force, social conventions had to be established to better silence the doubt that hypergamy makes women even more acutely aware of. And nowhere is this doubt more pronounced than in the confines of a monogamous commitment intended to last a lifetime.

The degree of denial here is so great that outside of the manosphere few would be able to accept that it is in fact women who naturally are terrified of (true) commitment.  Part of this is projection by women onto men, and part of it is the deceptive nature of women’s sexuality.  The feral woman’s preferred sexual experience is to be seduced by a series of men who prove their alphaness to her.  Essential in this process is that her risk in being seduced is rewarded by the man’s commitment/investment in her.  Women are driven to secure commitment from the men they mate with in order to secure the protection, resources, and parenting assistance she will require for the resulting children.  This push to secure maximum commitment from men has been widely misinterpreted as women naturally wanting to commit in marriage.  Our friend Glenn T. Stanton expressed the conventional wisdom in his Christian parenting book Secure Daughters, Confident Sons: How Parents Guide Their Children into Authentic Masculinity and Femininity.

Women want to marry and have daddies for their babies.

Actually he is technically correct.  Women do want to marry.  What they don’t (innately) want is to stay married.  More accurately, they want the exclusive option to unilaterally end the marriage should they feel that they have better options.  Women’s natural desire for marriage needs to be understood in the frame of the feral woman’s script.  The flawed assumption is that a woman marrying naturally represents a woman who has found her rock and intends to stay there. 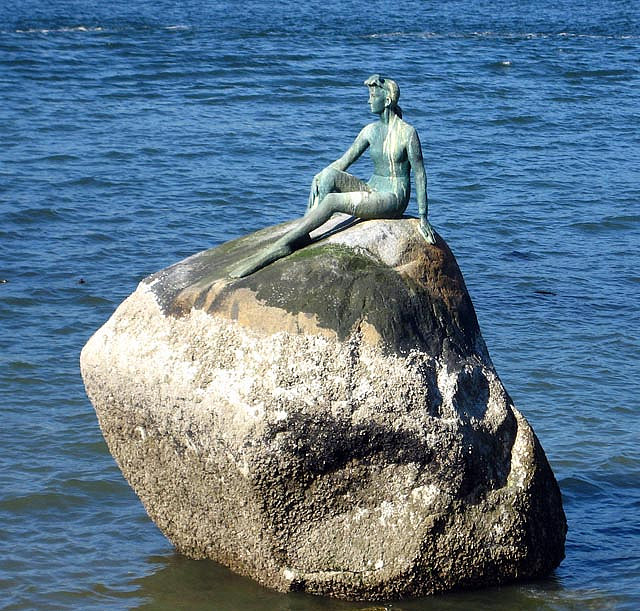 This may well be the case.  Women are in fact capable of taking their marriage vows seriously.  The problem is the assumption that this is the natural tendency for women, when the true natural tendency is quite different.

The way women experience this isn’t via a conscious desire to hop from man to man.  A former commenter Paige shared her own insight into how a young woman experiences this:

In fact, the woman’s preference would be to have the man she has sex with and obtains commitment from continue to prove to be the best man available to her.  In this way she validates her past choice and provides stability for her existing children while experiencing the pleasure of being seduced/courted over and over again.

What is so dangerous is the way the subconscious female imperative has corrupted our ability to perceive sexual morality.  Glenn Stanton made the statement I quoted above in the context of excusing women for the fact that 40% of children in the US are now born to unwed mothers.  Millions of children are doomed to grow up without a father because men like Stanton lack the moral clarity and courage to speak out on their behalf.  To Mr. Stanton, feral women are proof that men are failing to sufficiently man up.  Since he assumes (contrary to both the Bible and science) that women are programed to find a rock and stay there, women’s failure to do so must indicate a lack of suitable rocks.

This misconception persists despite a mountain of both scientific and statistical evidence.  Women are consistently the initiators of divorce, and at the same time they deny the very possibility of frivolous divorce.  Yet we deny all indication of reality, in a misguided effort to shelter immoral women from moral judgment.  It would be far kinder to all (including women), to tell the painful truth.

This tendency to rework morality to suit the female imperative has saturated our entire view of sexual morality, both inside and outside of marriage.  In a recent post on Hooking Up Smart (HUS), Susan Walsh demonstrates the subconscious assumption that promiscuous sex is immoral if it isn’t conducted according to women’s preferred script.  In her post Studies Reveal Players Like Their Women Dumb, Drunk and Easy, she describes men who fail to cater to the feminine imperative as predatory and exploitive:

Keep in mind she is talking about men interacting with young women engaged in the hookup culture.  These aren’t women who are taking great pains to find a husband;  they are interested in casual sex.  Such women are in fact the target audience of Susan’s site, which explains the very title of the blog.  If her target audience was women looking to save their chastity for marriage, her site might instead be titled Marrying Right and Smart (MRS).  But it is not MRS, it is HUS, and the preferred female form of promiscuity rules the day for the HUSies.  They are looking to be seduced by a mysterious stranger, and then convert a no strings attached sexual experience into ongoing investment and commitment from the man.  Should this mysterious stranger continue to win the HUSy’s favor, she will then demand he offer a greater level of (unilateral) commitment in the form of a marriage vow.

But as Susan points out there are men who refuse to play by this script.  They maddeningly take the “no strings” part of the hookup bargain as seriously as the HUSies do, and don’t fool themselves into thinking random hookup partners are owed any more commitment/investment than they choose to freely offer.  Such men must be shamed.  Susan finds them guilty of being exploitive, and defines four different exploitive tactics employed by men in the hookup market with the help of a UT Austin academic paper.  The first is seduction, which the UT Austin researcher defines as:

Sexual seduction is the act of charming or convincing someone into having sex. Seduction differs from courtship, which may include long-term commitment and investment as goals.

Implicit in the definition is the belief that women have the right to have men standing by at the ready to offer commitment following no strings attached sex.  The pure insanity of this idea is only eclipsed by the fact that such thinking has made its way into academic research.

The second category of sexual exploitation is what Susan calls “verbal or nonverbal pressure”, which the UT Austin paper defines as:

Pressure involves relentless persistence, threats, or coercion to induce an individual into having sex.

Notice how salesmanship is subtly compared with rape.  Men pursuing their own desires in the SMP is deemed unacceptable.  Only women can morally do so.  Men who are moral are expected to understand this and only hookup based on the motivations of the HUSies.

The next category is deception, which the UT Austin paper defines as:

Deception is dishonesty about intentions, likelihood of further commitment, or personal characteristics such as those sought by members of the opposite sex—a phenomenon well documented in human mating (Haselton, Buss, Oubaid, & Angleitner, 2005).

The profound absurdity of this is due to the deliberate vagueness of the hookup process.  As Susan herself explains in the section What is Hooking UP? in her about page:

The only rule of hooking up is there is no expectation of commitment or relationship.  Susan knows this, but she frames men who don’t offer HUSies commitment as deceptive, and therefore exploitive.

The last category of exploitation of HUSies is outright sexual assault.  The need to add this to the list while subtly framing seduction as rape is very telling. Men who don’t play by the woman’s rules are guilty, and should be looked at as possible rapists.  Straighten out young man, and offer those HUSies the commitment their gift of no strings sex entitles them to.  But remember, you don’t own her, so don’t try to constrain her sexuality by assuming she should offer you commitment after she blows you in the back room.

Woman on a rock pic by kimba.  Woman on stepping stones pic licensed as creative commons by Steve-h.

271 Responses to The ubiquitous frame of hypergamy.