The more I think about the way women approach the question of sexual morality and women’s sexual history, the more I’m convinced that women strongly tend to boil all of this down into two categories:

So long as they can convince themselves they are in category #1 they are happy. If she can say to herself and others I’m a good girl, thats all that matters.  Well, not quite.  She also wants to know the specific definition of sluts, so she can say:

I’m a good girl, unlike those sluts.

I don’t mean this in a derogatory way.  This is natural, and the underlying impulse is an extremely beneficial one.  When this powerful desire is harnessed correctly it prevents the kinds of disasters we are currently witnessing.  I certainly wouldn’t advise marrying a woman who lacked this impulse, although keep in mind that this is the stuff rationalization hamster epics are made of.

Feminists have worked for decades to eradicate the concept of slut, yet it still has immense power.  You can change language, but you can’t change the underlying reality.  On top of that, women will always want to know the definition of the terms so they can place (or rationalize) themselves in the former category and at least some other women in the latter.  I think you can see the truth of this in how much more successful feminists have been in convincing ordinary men to abandon the word slut (for the time being at least) than ordinary women.

I’m not old enough to have been around for the beginning of the sexual revolution, but my sense is it played out as follows.  Feminists and others wanted to change the culture and used their considerable influence in academia and the media convincing people (especially young people) that sex outside of marriage wasn’t immoral.  This along with the newly available birth control pill left women with a problem:  How to enjoy this new found freedom while still remaining in the good girl category? This was uncharted territory;  they knew there was danger in the seductive call to let down their inhibitions, but they didn’t know exactly where that danger was hidden.  This left them hesitant to get too far off the beaten path, even though they wanted to explore. 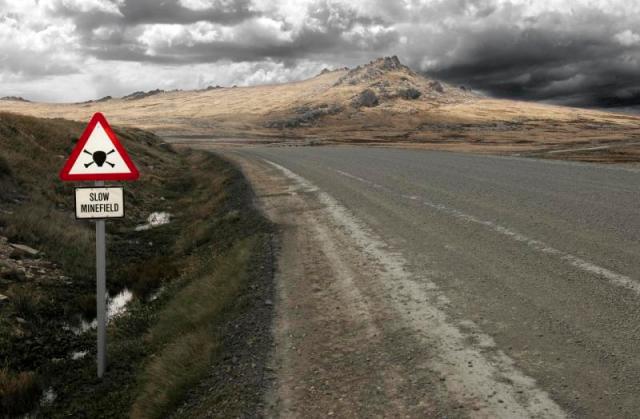 I came of age some time after the original sexual revolution, but some of the actions I observed of women when in college give me a hint on what came before.  I noticed quite a few college age women mentioning that they lost their virginity to their College Boyfriend.  They didn’t give it up at some drunken frat party, nor did they give it up for a guy in high school, unlike those sluts who did.  There was something very special to these young women about the idea of losing their virginity to their College Boyfriend.  It was almost mystical.  I was very bewildered by it at the time.  These weren’t necessarily special relationships to these women, although the guy they chose for the honor could be forgiven for misunderstanding.  The guys they chose were all clean cut nice guys.  This was essential I think, otherwise it didn’t fit the ritual.  Shortly after their virginity was lost (maybe at the end of the semester or year), so too tended to be the College Boyfriend.  Having anchored themselves firmly in the good girl camp, they were now free to chase the alphas they craved and join the drunken frat parties.  Not all of these women went to this extreme after losing their virginity, and many other women had lost their virginity prior to college but still considered themselves good girls, but the basic ritual was surprisingly common.

I think the mystical value of the College Boyfriend came from the way these young women heard “good girls” from previous generations talk about their own sexual history.  Sure they had sex before marriage, but they weren’t sluts.  They were good girls, they only had sex with their College Boyfriend and later married after maybe an LTR or two.  This may or may not have been the whole truth, but I’m guessing it was the message many of my female peers received.

My guess is this has all continued to shift and young women are looking for another seemingly hard and fast marker to ensure that they aren’t straying too far from the safety of the ever widening good girl path.  One thing my wife heard from a divorcée who is a bit younger than us is that she always stays with a man she has had sex with for at least six months (unlike those sluts who don’t).  She really believes this, and has avoided breaking up with (and continued having sex with) several men she was tired of until they crossed the magic 6 month mark.  We see the same thing with those who now earnestly proclaim that good girls only have sex within the confines of serial monogamy.  This is closely related to the large number of women who feel that marrying before having children and then divorcing the father puts them on a different moral plane than those trashy unwed mothers.

In the end for all of the hue and cry about how unfair and arbitrary it was to draw the line at having sex with only one man barring his death or gross violation of the marriage vows (once and done marriage) the great irony is that women are now left having to create their own arbitrary markers instead.  These have a seeming immovability to them and therefore provide comfort, even though across generations they are quite malleable and have no true moral value.  This very malleability though could leave a large number of women who thought they were in the “good girl” category at risk of reassignment should the pendulum swing in the other direction.

Feminists and their allies have been able to drive changes to the cultural definition of “good girl” largely unchallenged for around 40 years now.  However there are signs that men, especially younger men with an understanding of game, may start to push this back in the other direction. These men have this power because they are the ones who can decide which women are worthy of marriage or even an exclusive LTR.  Men only lost the power to define this because they were tricked into believing they didn’t have it.  Whether this will happen in our lifetime is an open question, but it strikes me that many women are taking a risk based on a set of very changeable rules which they have assumed to be permanent.

If and when the pendulum swings back, my guess is that older men and women are likely to find a way to “grandfather” in previously assessed good girls of the older generations, and younger women will see the changing rules and adjust accordingly.  However, it also seems likely that women in their 20s and early 30s when the social mood shifts could end up being retroactively judged by a more stringent standard.

This entry was posted in Aging Feminists, Choice Addiction, Finding a Spouse. Bookmark the permalink.

223 Responses to The College Boyfriend